What's up Kelly are you planning to sic the police on me next time I appear at your office?
Why don't you simply answer my questions instead. Besides, you know damn well I'm not violent, I am not a terrorist, I am a journalist so don't even go there, you are not immune from suit in the case of an unlawful arrest.
Final_KingCast_Ethics_Complaint_against_Senator_Kelly_Ayotte_Chief_of_Staff_John_Easton_as_he_seeks_donations_to_fight_Free_Press-Racial_lawsuit_
Christopher King to EmilyHeil
show details 1:16 PM (20 minutes ago)
Dear Emily,
I'm quite sure you are busy, but
a) It would have been a reasonable thing to do to contact me before running that story.
b) the story contains numerous inaccuracies and half-truths.
As we are both professional reporters I would expect professional courtesy in this endeavor.
I am filing part one of my ethics complaint today.
Thank you.
--
Christopher King, J.D.
http://KingCast.net -- Reel News for Real People
617.543.8085m
2:44p Update: I just got off the phone with Editors Paul Singer and Lauren Whittington.
Singer took control of the call as Whittington left on deadline. The guy worked in my hometown, in the
same state where I edited the Cincinnati Call &amp; Post before working for the Indianapolis Star.
The conversation was terse as he tried to run me off the phone. I wasn't having it.
The upshoot:
1. He acknowledged it would have been proper to reach out to me, I told him finding me
is a snap, my email and phone numbers are all over the pleadings and online.

2. He made no promises to correct the clear implication
that only one event was involved.
3. He refused to acknowledge that "frivolous cases" was a legal
and factual term of art, so I asked him "what if you contacted me
and I wrote the Kelly Ayotte rapes young boys" would THAT be okay?
To which he responded "Look, this was from a U.S. Senator's Office
going to the record...." to which I responded
"That makes it all the worse!"
4. He refused to print any of my responses or to address the more arguably
frivolous criminal and civil cases brought by Kelly Ayotte and Martin Dunn
when I was NAACP Legal Chair that were DISMISSED, with Kelly being in
violation of the Rules of Civil Procedure, even though it would
have been proper to contact me, ab initio.
5. He seemed to imply that my reproduction of the story was some sort of waiver,
to which I responded "Publication by criticism does not constitute a waiver." 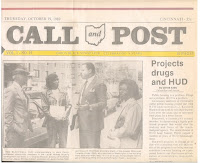 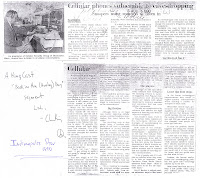 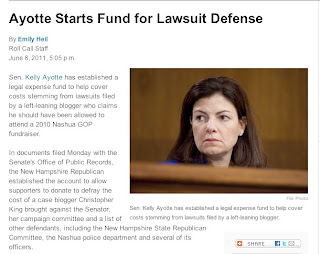 Video from phone calls later today.
Senate Ethics fax: 202.224.7416.
Immediately after KingCast and Mortgage Movies cameras descended upon the Capitol last week (take a look Ayotte and House Judiciary with Carl Levin's Press Sec'y) I now read that embattled Senator Kelly Ayotte's Chief of Staff John Easton issued a Defamatory filing with the Senate's Office of Public Records. I am about to telephone both Easton and the Public Records Office to submit this journal entry and email chain for public record as well because he lied. Read items 4-5, infra. Further, reporter Heil is strongly encouraged to fact-check and rewrite this story, she now has my email and my phone number is 617.543.8085. I will simply not tolerate this nonsense.
Having read the story now, it is incomplete and I demand clarification.
First of all it was filed this morning right after I visited her office to ask about her documented failure to catch the FRM Ponzi scam, the biggest NH consumer fraud case in history and that's a FACT.
http://christopher-king.blogspot.com/2011/06/legislative-updates-from-attorney-sonya.html
http://www.youtube.com/watch?v=rl4tS0W7RcQ
http://www.youtube.com/watch?v=N_FwzsPdmKM
1. I am not left-leaning, I freely criticize Dems and Republicans.
2. There were three (3) events, not one. Read the actual lawsuit here:
http://christopher-king.blogspot.com/2011/02/kingcast-tops-100000-video-views-and.html
3. Judge McCafferty worked for McLane, Graf as did Ayotte and my opposing counsel, she should have recused herself or at a minimum mentioned it and that is a Judiciary Ethics FACT, as a former Federal Litigator I know this:
http://kellyayottesenate.blogspot.com/2011/06/kingcast-asks-us-magistrate-landya-b.html
4. There has never been a finding of fact or law that I filed anything frivolous against Kelly Ayotte, but when I was NAACP Legal Chair she and her buddy, now fired Jaffrey Police Chief Martin Dunn filed frivolous civil and criminal charges against me and the cases were dismissed. Along the way Kelly Ayotte violated the Rules of Civil Procedure and that's a FACT.
5. As to John Easton, relative to para 4, supra, he better watch his mouth or he will end up sued for Defamation:
King "has filed numerous frivolous lawsuits against Sen. Ayotte and/or her principle authorized campaign committee," the filing states..
He has no finding of fact or law for this statement so I am going to call him right now and demand a retraction from him and one from you as well. I don't know what kind of game he thinks this is but I am not playing it.
"Ayotte Chief of Staff John Easton said the Senator hopes the need for the fund will be short-lived. "The fund was created to help fight baseless complaints from a disgruntled individual who was excluded from a political event," he said. "Currently, there are motions to dismiss by all parties against him, and we're hoping to have it resolved quickly."
....No it will not be resolved quickly, I will see you on the Hill and at SCOTUS my friend.
Tell Kelly she can tap her Grand Cayman friends for some of the money she needs.
http://christopher-king.blogspot.com/2010/12/kingcast-crp-ask-hey-kelly-ayotte-did.html

Dear Reporter Heil:
A Journal Entry will be posted in a few moments containing the contents of this email.
Regarding your story about the Kelly Ayotte Defense.....
http://www.rollcall.com/news/Ayotte-starts-fund-for-lawsuit-defense-206276-1.html
Quel coincidence.... I was just in her office!
And I'm not just come blogger, I was an Assistant State Attorney and reporter for Indianapolis Star and Editor of Ohio Call &amp; Post Newspaper. I come from a family of Journalism, Mike Wilbon is my first cousin. And his cousin is Carole Simpson. He took to sports, She took to general broadcast and I took to legal reform. Whatever the case we are all innovators, but more importantly I am an American, born with certain inalienable rights, one of which is the right of a vigorous Free Press on which our Country was allegedly founded (or at least as Amended). If the NAACP can gain access to observe and report at a Ku Klux Klan rally on private property then I can get access at a large commercial facility subject to substantial Federal, State and Local licensing and permitted like the Crowne Plaza in Nashua, NH without the GOP and Nashua Police threatening to arrest me. They actually did arrest Dave Ridely:
http://christopher-king.blogspot.com/2011/05/hey-kingcast-hows-dave-ridley-protest.html
I get press cred with POTUS and Governor of Mass...... And oh, yeah.... I was a licensed Title Insurance Producer in New Hampshire where Kelly Ayotte ignored Wire Fraud that I noticed her on..... and on one of the occasions there was an open RSVP for attendance that I accepted so no, I'm not going to tolerate any nonsense, this case will go to SCOTUS where Justice Kagan's crew are following my tweets.
A visit to Senator Ayotte's Office and U.S. House in DC re: Mortgage Fraud, with comments from California Attorney Sonya Ziaja
http://mortgagemovies.blogspot.com/2011/06/legislative-updates-from-attorney-sonya.html
http://mortgagemovies.blogspot.com/2011/06/rod-class-carl-weston-kingcast-and.html
http://tinyurl.com/69z2pjf
http://tinyurl.com/62d2uw9
--
Christopher King, J.D.
http://KingCast.net -- Reel News for Real People
617.543.8085m
Posted by Christopher King at 7:45 AM