Hey BoA I caught you looking, take a picture it lasts longer. I did.

Another hostile cop who looks just like Patrick "K.C." Saulet, who threatened Stranger Reporter Dominic Holden.  I tried to educate this brother in the video by explaining to him that the real criminals are inside the bank rather than outside -- and that their criminal and quasi-criminal conduct is adversely affecting him and the people he loves because of the deflated economy in general and the upside down and underwater housing values in the particular. I told him a bit about my law enforcement background as an attorney and my experience as a closing attorney/title insurance producer.

"We're friends man, we're brothers."
We can only hope he listens. 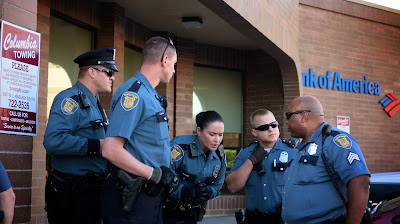 As to the Ohio case, note how BoA calls "Safeguard" into play to sweep into an occupied home and gut it. The Ohio homeowner contacted me yesterday just as I was finishing this movie so I tacked on her information into the front of the movie. Here is Illinois Attorney General suing Safeguard for these very issues. Complete and utter depravity, shameful attorneys to boot. Each and every one of them should be disbarred but that will never happen. All I can do is expose them. Here's one: linda.erkkila@safeguardproperties.com 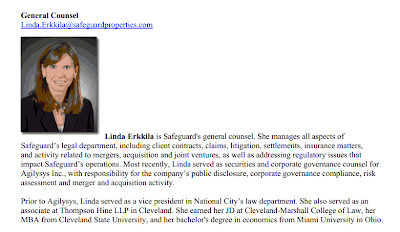 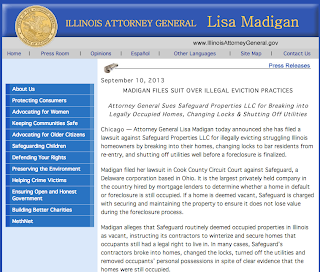 As to Ms. Mair, she escaped oppression in China to move here. She bought a home and she signed for her family members homes because they don't speak English. When she was injured BoA refused to negotiate with her on a loan mod even though she could qualify -- the same modus operandi employed against the NH man seen later in the movie. To add insult to injury they are considering the other homes as "Investment Properties" which are not subject to the same rules and regulations regarding foreclosure. BoA is indeed, "Bad for America." 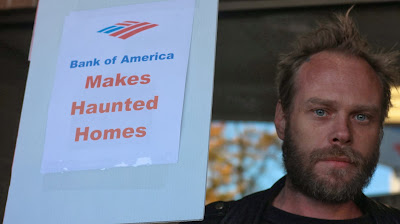 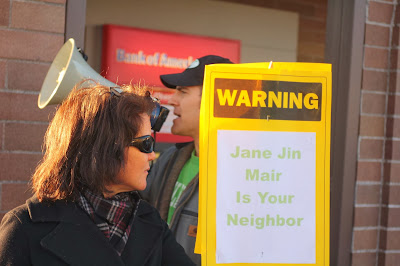 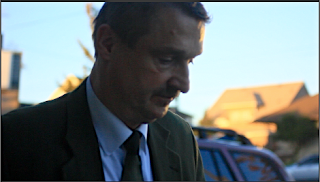 Hang your head in shame Mr. Banker.
The banks are breaching the settlement by doing this and not modifing the mortgages.  During the mod process they have to prove they have the authourity to do so and they have no proof. So send the mortgages out to third party debt collectors.


So much for the National Mortgage Settlement. Homeowners are now getting foreclosed on without their knowledge!


Homeowners victimized by big-bank servicers, who were supposed to get a commitment to honest treatment as part of the National Mortgage Settlement, instead got their servicing rights sold to companies no longer bound by the terms of that settlement. So homeowners lose all of their protections, and often have to start back at square one with their new servicer. For example, if a borrower was in process on a loan modification with their old servicer, the new servicer can choose to simply not recognize that modification, and demand the full monthly payment under threat of foreclosure. This is a very common practice.

Hey BoA I caught you looking and you downloaded the link to the Illinois Attorney General's office:

Posted by Christopher King at 6:30 PM