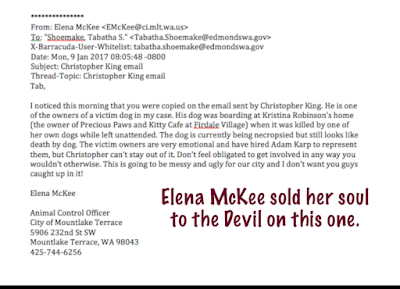 This evil, mean-spirited woman killed our dog through reckless conduct now tries to take the victim space with a bogus Stalking TRO that was summarily SLAMMED.
We're not having any of it. 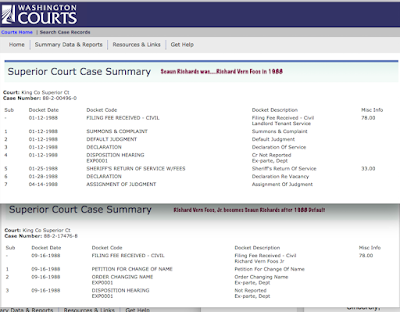 Why did he change his name? 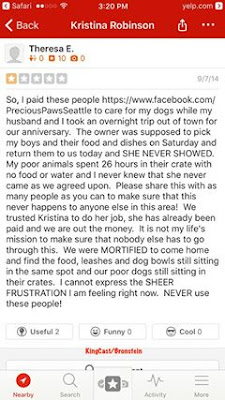 Kristina Robinson/Precious Paw failed to appear.
Dogs were left crated with no food or water for 26 hours. 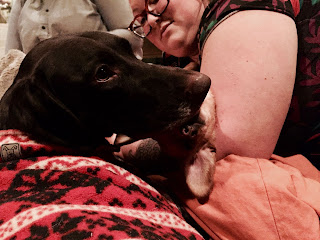 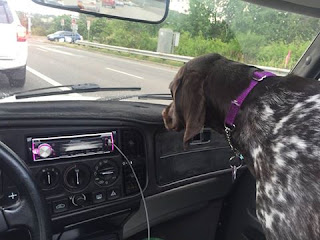 The lifetime SAAB 900Turbo I had to sell.
I cried almost every time I drove it after Livi died.
No more dog. No more SAAB.
Thanks to Kristina Robinson, a one-woman wrecking ball.

You want some real fun ask Kristina Robinson to verify her employment history as states in her zoning app. Academy of Canine Behavior, Mountlake Terrace Veterinary Clinic, and Central Bark. Stay tuned on that. Elisa provided hers with respect to her dog care even though it wasn't a full time job....Kristina Robinson is not a Good Person and we will shut her down, legally. Look at the 26 hour mistake she made in this 2014 Yelp review and there's more on top of that folks.

And those who protected her will be thoroughly exposed and subject to litigation and the public ridicule they so well deserve. They conspired to take Livi out for no lawful reason and now Livi will Posthumously take them out. It is a Life Mission to honor Our Baby. The shame and blame is All Theirs and they can all burn in Hell.

Their time is coming at 7pm PST 21 February 2017 at Mountlake Terrace City Hall.


Every dog is unique. Our story is unfortunately not. We were referred by trusted professionals in the booming dog industry of Seattle, to a Kristina Robinson, DBA: Precious Paws. She even had a doggie daycare storefront! This woman told us her business was above board- licensed, properly permitted for overnight boarding and even assured us that her husband had recently quit his job to help keep her dream business alive. It all felt so right. With good reason we felt when we left out two dogs, Livi and Fang, in the care of Precious Paws to board a plane back east for Holiday that we would not even be missed with all the fun they’d be having. This was not the case at all.

In the dog-sitting world, you cannot judge a book by its cover and must do proper research to ensure your furry family member is being left in responsible hands. We are actively developing a protocol to help every dog owner in the US ask the hard questions designed to protect their animals. Our particular nightmare occurred in the Seattle area but it can happen anywhere, and when it does you can only hope that government does the right thing. They did in Hanover MA as City Council shuttered Briarwood kennel as you can see at my personal website, and we will be searching for other proactive cases as well.

The Jury is still somewhat out in Mountlake Terrace. There is an ongoing criminal investigation but it has been a tireless effort to ensure the City is doing the right thing surrounding our dog’s untimely death. We would not have obtained a necropsy without substantial pressure. We prevailed. When we asked the City Attorney to get an emergency abatement/court order shutting the ILLEGAL facility down he barely acknowledged a clear cut zoning violation that has existed for several years now.

We will not stop asking questions, or going to City Hall, or raising awareness, or honoring our baby’s life. The Animal Control Officer's own email indicated it was going to "get ugly and very messy" in Mountlake Terrace. We don’t view it that way. The future is going to get brighter in Mountlake Terrace because it is going to be ground zero for a National movement to protect our dogs. Stay tuned as we build out http://watchdogfordog.com with a bevvy of resources that the general public and professionals will appreciate.

-Elisa, Chris, and Livi the Wonderdog 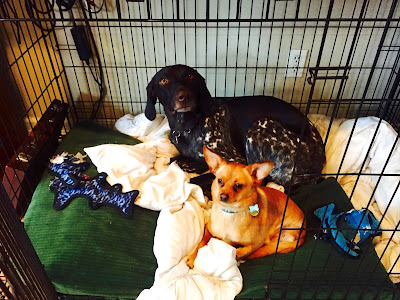 I've been around dogs all of my 51 years and NEVER knew another dog
as vibrant and beautiful as Livi. Elisa is younger than me but feels the same way.
They took the single most beautiful thing either of us have ever had in our lives....

Doesn't her own letter appear to make a tacit admission that she's left dogs alone before and that an injury occurred? That's exactly what one of her MANY moles pointed out to us because Kristina told them about the prior violence, not to mention the neighbors telling us that Kristina told them that one or more of their dogs had killed the family rabbit. A source contacted us and s/he claims that s/he telephoned the City on more than one occasion to warn of dangerous dogs and children and was told “We won’t do anything until something happens.” Well now something (more) has happened. We lost our Best Friend.

Read this excerpt from one of her recent client posts regarding the mauling and killing of our Best Friend.

"Naturally it turned to anger and frustration which it should have I made a choice that yes I'd made it before but this time it ended in not a wound but a death nothing I could do could fix that...."

You are a tenacious fighter for justice - not just your own. They deserve to be punished and penalized for this heinous act. Their negligence is putrid and inhumane. I hope they get jail time. Unlike · Reply · 1 · 21 hrs

Christopher King P_________we are hearing a lot of specific concerns as noted. This is really ugly but you know what we ain't the Heavy and don't shoot the messenger. We do what we have to do, dammit. And have no fear of any man nor woman who gets in our way. Especially not on Martin Luther King Day. 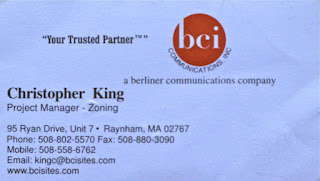 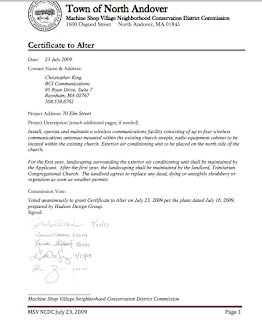 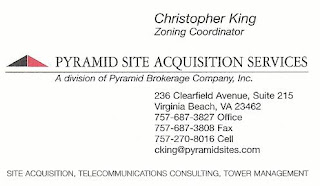 Let's get some things straight shall we:

1. There is forensic proof that Ahadu Almak likes the KingCast body of work. He was a subscriber to my YouTube channel and he told me that himself, not Hearsay. Read our txt messages and read the sticker on my Honda "Lord let me be the person my dog believes me to be."

2. Kristina Robinson never told Elisa or me that the home location was not licensed and that she was under a Cease and Desist Order.  As a former government lawyer and zoning project manager I take my business elsewhere, I guarantee you that. 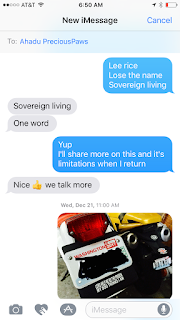 3. Mike Robinson never was presented as anyone watching our babies. He was presented as someone the they care for. Fact. He is not likely licensed or holding any special acumen in dog handling whilst watching their children.  In point of fact, they also never told us that he had lost a dog two years ago and didn't even know it "because they had so many dogs" That dog was ironically and coincidentally a German Wirehaired Pointer as opposed to Livi being a Shorthair. We have the police report and the pictures.  We have not confirmed that he was a resident of Firdale Village.
4.  We lawyered up with Attorney Karp approximately four (4) days after Livi was indeed mauled and killed by at least one of their pit bull pack.  At such time we had not received so much as a formal apology and explanation as to what had happened.

5. Nor had we received any positive identification of an insurance carrier despite Kristina telling Elisa she was insured right after they told us they had allowed Livi to die because of their stupid and reckless conduct.  Attorney Karp is still waiting to hear from an adjuster.  I have proof that I asked for the name of the carrier so why didn't she just give it to me?

6. If you hurt my family through pure happenstance or accident we can indeed break bread. But if you hurt my family in the course of a material lie, recklessness or criminal conduct we're going to have words in a courthouse. You better believe I'm pissed off. I'm hurt, I'm sad, I'm a bag full of emotions, part of them pointed at me for not doing my job as a zoning manager, Kristina's lies notwithstanding. I will have to deal with that for the rest of my life so while I'm not insensitive to the family's concerns they take a back seat to public information and my family every day.  Moreover, it could be dangerous to have those young children in that atmosphere and that's a fact, too.

7.  As to criminal charges or administrative actions we are not in control of this. We have presented the facts and it is up to those agencies and departments to sort out. Our attorney may or may not be directly involved in part of that process. This is how things work in this Country.

8.  Was there a dog put down? I don't know.  If so, on or under whose auspices? I am not aware of any administrative, municipal, state or federal Order.

9.  She tells her friend that Fang is a tripod who has problems getting around -- which is false.... he gets around amazingly.  She then says Livi was "hi strung" so she left our dogs at home.. with her pack of pit bulls where her children leave food out.  Well dammit she is a GSP and needs exercise.... Livi needed the very exercise with laser pointers and other dogs that we were falsely led to believe she was getting. They just took our money instead. I'm so disgusted with her I could just puke.

10. As to any purported threats against me for Defamation, I recommend you think before you speak.
Insured. Watch the doggies play in the yard as promised to their satisfied owners.
Note the crates to keep them in when we were not home. Day care; no overnights offered. 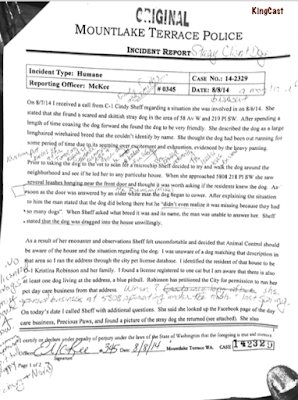 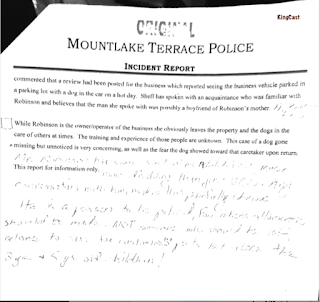 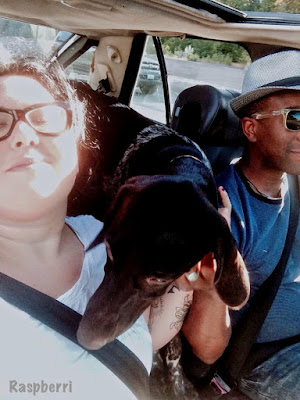 Our first day with Livi. 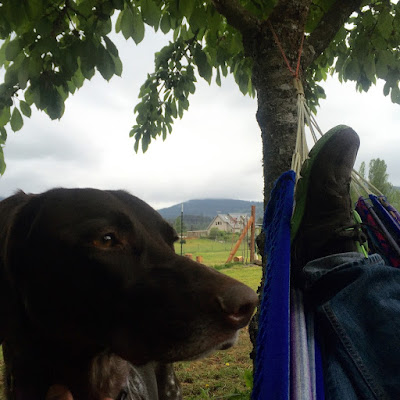 Look at that FACE. Our favorite dog, ever. Elisa in 20+ years and me in 40+ years of knowing and loving dogs. And she died over a goddamn bowl of rice that Kristina's children left out? Query, was dad there? This is just too much bullshit for us to deal with but deal we must.

There simply are no words for what just happened here.
Folks be careful where you board your dogs.
Research EVERYTHING.
Run free Livi, run free our sweet puppy.

The owner of Briarwood Kennel is facing a felony charge of animal cruelty and his license to operate has been suspended after a dog died from injuries it sustained from another dog, while boarding there in July. A hearing on the matter is set for Aug. 15.

Posted by Christopher King at 1:15 PM No comments: