U.S. Department of Justice following KingCast to see how dirty Judge Ronald B. Leighton and Lesley J. Fleming really are. Or are they following to see if they can shut me down. 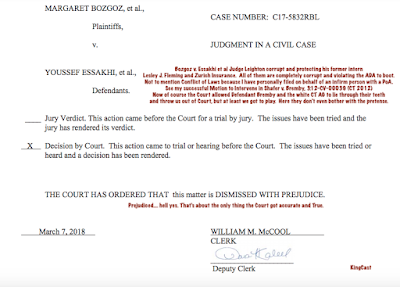 Silly Judge. He can't hide from KingCast and the U.S. House and Senate.

Bozgoz v. Essakhi et al Judge Leighton corrupt and protecting his former intern Lesley J. Fleming and Zurich Insurance. All of them are completely corrupt and violating the ADA to boot. Not to mention Conflict of Laws because I have personally filed on behalf of an infirm person with a PoA. See my successful Motion to Intervene in Shafer v. Bremby, 3:12-CV-00039 (CT 2012).

Now of course the Court allowed Defendant Bremby and the white CT AG to lie through their teeth and throw us out of Court, but at least we got to play. Here they don’t even bother with the pretense. Prejudiced…. hell yes. That’s about the only thing the Court got accurate and True. Get this, Judge Ronald B. Leighton is wrong on the Law, fancy that. A Power of Attorney for an infirm person has a right to Represent. How do I know for sure? Read my fucking email above as POA for my Mom.

Leighton is in violation of the general rules and principles of informed consent…. he and Zurich Attorney Lesley J. Fleming know full well that she was his goddamn clerk and 13 years ago is hardly a lifetime. It should have been disclosed. And that is in violation of the State law on Appearance of Impropriety too. This dude is a Piece of Work.

Judge Leighton also glossed over the fact that he was Attorney Fleming’s direct boss. “She worked in the Courthouse 13 years ago.” Motion for Reconsideration and Appeal on Conflict of Laws, I say. Just my opinion.

6 March 2018 Update--Zurich and their sleaze ball friends
at Pierce County are back for another visit.

Love me some Roger Federer.... GOAT, no doubt. No offense to Laver or Tilden but Jesus Roger is a god.  Watch the Wimbledon drop shot at 4:41. Wuuut?  Hate me some Zurich Insurance though, yes. Now if you'll excuse me I have some Notices to prepare for dozens of elected officials, especially those on the Justice Committees.

KingCast Mortgage Movies see Zurich Insurance checking in on their investment in crime with Judge Ronald B. Leighton and Lesley J. Fleming 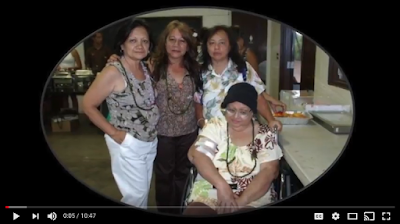 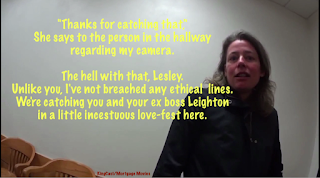 Get your background here.
As noted, Pierce County Judge Stanley Rumbaugh ran roughshod over the Constitution, Free Press and Civil Rights laws and principles on two (2) distinct cases I started following a year or so ago. In one of them he screwed a family after their matriarch sustained a broken neck because of a contracted Pierce County driver.

The family -- by and through a PTSD military-background advocate -- noted collusion in the case and filed a RICO Action in the Seattle Federal District Court to escape the oppression coming from the dirtiest County in the State, right.

But alas, the hillbilly Justice mavens manifest this time through Judge Ronald B. Leighton, who has abused his discretion in recent history by the 9th Circuit Court of Appeals. This guy went and cherry-picked the case and brought it right back down to his home turf where he basically stomped it out and dismissed the entire thing, taking not to give her leave to amend, because that's where he fucked up in Sheidler v. Avery, 599 Fed.Appx. 688 (2015). 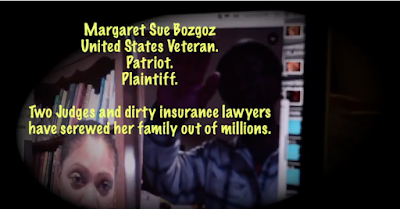 He did this because Zurich defense Counsel Lesley Fleming is an old friend of his, a former law clerk. The same Lesley Fleming who wagged her finger in my face as noted in the video, right. The two of them have some nerve, and they almost got away clean. But not quite. This is going to leave a mark, and multiple people will be filing Ethics Complaints on both of them. From Sheidler:


"However, the district court abused its discretion in dismissing the first amended complaint without leave to amend. See U.S. v. Corinthian Colleges, 655 F.3d 984, 995 (9th Cir.2011) (“[D]ismissal without leave to amend is improper unless it is clear, upon de novo review, that the complaint could not be saved by any amendment.” (internal citation and quotation marks omitted)). See Akhtar v. Mesa, 698 F.3d 1202, 1212 (9th Cir.2012) (“A district court should not dismiss a pro se complaint unless it is absolutely clear that the deficiencies of the complaint could not be cured by amendment.” (citation and internal quotation marks omitted)).

We therefore reverse and remand to allow Scheidler an opportunity to amend his complaint. Moreover, the district court did not address the merits of Scheidler's petition for review of the Board of Tax Appeal's September 6, 2012 decision, which Scheidler incorporated by reference into his amended complaint. Nor did the district court decline to exercise supplemental jurisdiction. See City of Chicago v. Int'l Coll. of Surgeons, 522 U.S. 156, 168–69, 118 S.Ct. 523, 139 L.Ed.2d 525 (1997) (supplemental jurisdiction under 28 U.S.C. § 1367 extends to review of state administrative agency determinations). We therefore reverse *690 and remand for review of the agency decision."

.....Anyway, in this case for them to have the nerve to run a game like that, and nearly get away clean, is just a study in abject horror. The funny part of course is that in her research about incestuous deals like this where the appearance of impropriety has been shattered, Ms. Bozgoz found the forced recusal of one Landa B. McCafferty that I caused on a First Amendment case several years ago as noted in the video. I had sued Kelly Ayotte during her ascension to her one-term as U.S. Senator because she threw me out of a publicly-advertised fundraiser that was clearly a public event.  On-duty regular Nashua, NH PD were there to cover it -- not Detail cops on private time, right, duh.

Anyway McCafferty worked underneath my opposing Counsel Jack Middleton, I discovered. And so did Senator Ayotte, I discovered. But much like the litigants in this case, I only discovered it after I was fucked, and the Court basically laughs at you because that's what they are designed to do. Screw little people 85% of the time, give them a break every now and then to create the appearance of a Just and Civilized Society.

Don't believe the hype. These people are sick. Basically, robed criminals. Stay tuned for Pt.2 where we learn more about Attorney Flemings conduct in this case. It's a doozy and got her removed from the case, but that was just damage control.  I'm about to blow the cover on that, too.