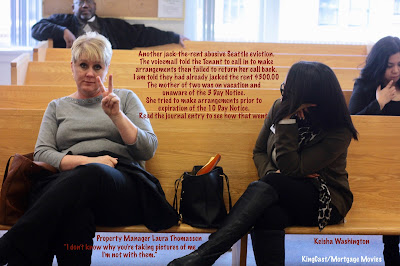 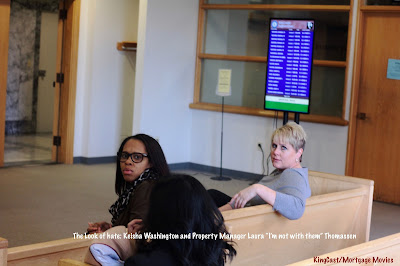 Note: On further review it might not be Laura Thomassen... just her Evil Twin.
They will have much more to concern themselves with soon from what I hear.

First of all, anytime someone is uncomfortable in front of a camera my hackles go up. If you're on the up and up there's no need to be uncomfortable, but these two characters sure were.  The one on the right -- Keisha Washington -- kept fidgeting like a two year-old and the one on the left -- whom I believe to be Laura Thomassen -- actually told me "I don't know why you're taking pictures of me because I'm not with them." 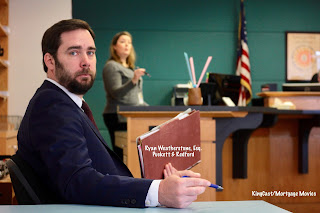 Come to find out she's the freaking property manger, right. Whatever her name is, she was clearly "with them" so why tell a bald-faced lie?  And frankly if you'll lie about your identity you'll lie about anything.

Now then, in response to my Meaningful Movies/Company Town video someone wrote that they could live anywhere they wish.
I responded thusly:
Of course you can move where you wish, but the point is that many people who already live in these company cities are being displaced by bullshit evictions so that they can jack up the rents.  I just witnessed another one at Discovery Heights near Blakely Hall where I shot this video. Stay tuned for THAT video on or about today, 18 April 2018. 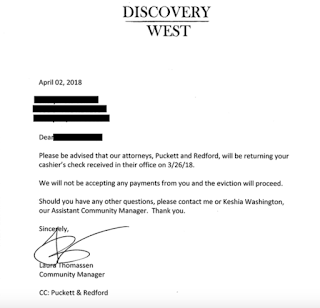 OK so in this case basically the tenant claimed there was a glitch in the system when she went to pay the rent using an automated system, I believe it was ACH. She was on vacation and had not been late on rent since signing up for the system last June or July. Discovery Heights puts on Hearsay testimony that someone reviewed the system and that there was no problem. Meanwhile the tenant testified that she had no idea about the three-day notice. Once she got notice she claims she tried to pay but they played the shell game with the file even though Keisha had told her she could pay the money. Then a 10 Day Notice was sent out on 7 March 2018.
The notice offered an opportunity to cure.
Moreover, Keisha Washington left a voicemail on the 14th. I have listened to the voicemail and she states"
"Today is the day we send everything over to legal over to eviction and I'm trying to avoid that by trying to get in contact with you please call me today please call us with a plan for what you are going to do with your rental payment."
From the Tenant's court filing:
On March 14 Discovery West Management (Lakeisha Washington) left a voice message saying it was her second phone call. She said rent is late and she was sending my file to the law firm by the end of the day. The Defendant called her back within 30 minutes of the message. No one answered therefore the Defendant left a voice message indicating she wants to clear this up immediately and asked for clarification about payment method. There was no return call from Ms. Washington by the end of day. The Defendant subsequently called again the following day and left another message as well as sending an email.
Ms. Washington called back Thursday afternoon. The Defendant was told that the law office was already drafting paperwork to commence eviction and the management company could not accept payment. This was of course several days prior to the final date of the Ten Day Notice of March 19, 2018.


The Defendant asked why there was no return call from the prior day as she wanted to get the issue cleared up before sending the file to the attorney office. 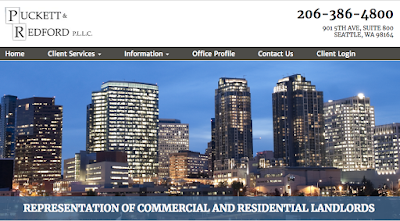 Note: The Tenant has apparently miscalculated the 10-day Notice cutoff by two days but in any event she claims that they played the shell game with the file and didn't actually provide  any way for her to tender the money prior to the expiration of the 10 day period.
So on 23 March the tenant -- a mother of two young children -- delivered a Certified check, which was rejected.
Nice.
Curiously, as I watched this hearing today no one mentioned the 10 Day Notice, only the 3 Day Notice.
To me the question is, does the 10 Day Notice supersede the 3 Day Notice, and if so why would the Court rule against the Tenant when the Tenant provided uncontroverted testimony that the landlord never actually provided a payment method and instead played the shell game with the file, i.e. "oh the lawyers have it, oh, wait no they don't, ok yes they do....."
This type of abuse is a major issue in Somerville MA (Boston) too... I used to live there.
After the hearing today I asked Ryan Weatherstone if he thought his client acted in Good Faith. He said yes. I respectfully disagree. Then I asked all of them how much they will jack up the rent in the subject unit now that they have an eviction.  In return I got ice-grilled.

The Tenant informs that they had already jacked the rent $300 in her unit for April.
I look forward to watching the Appeal and where the case goes from here. Meanwhile wait for the movie after I confirm the identity of the Property Manager.
Posted by Christopher King at 7:30 AM No comments:


I was attacked and the police, NAACP and Black Lawyers Association led by William Sulton all ignored it. Sulton of course is the most shameful of all of them, a complete Uncle Tom sellout. And I chose my words carefully. I have many corporate black attorney friends and a brother in law. It's not about being a corporate attorney. It's about being a POS and William Sulton is indeed a walking POS. 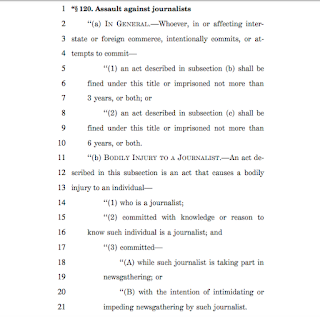 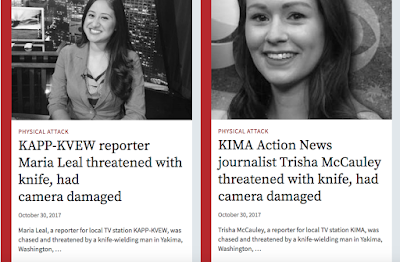 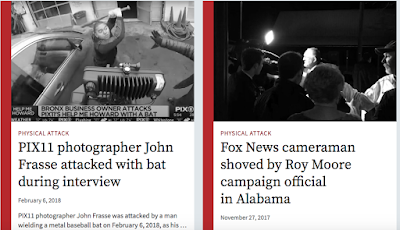 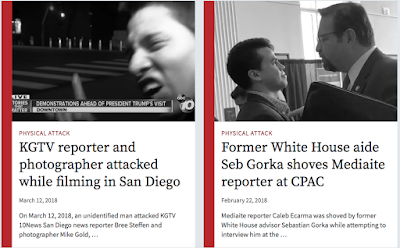 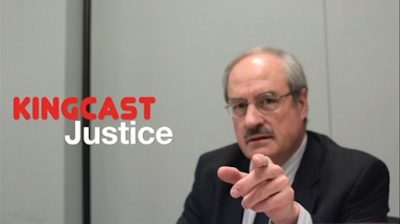 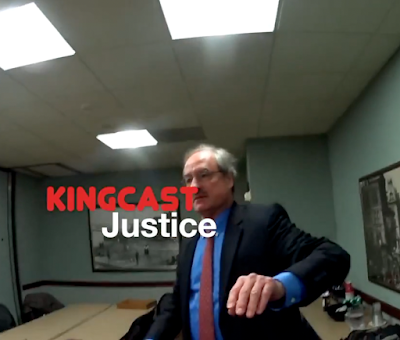 Columbia Journalism Review.
Journalist Protection Act.
As you watch this short video, know that I have worked for the Indianapolis Star and the Ohio Call & Post newspapers. I was a First Amendment Scholar before I finished law school in 1993. The only classes I earned A's in were Constitutional Law and First Amendment Law. 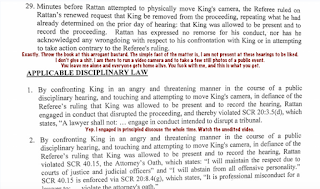 As you review the Journalist Protection Act take time to see how real professionals handle situations like this in a hotly-contested case here in Seattle.
*****
Take a look at some of these more extreme examples. While the actual physicality of these other attacks is in some ways greater than mine, my example is no less egregious. This is particularly true in light of the fact that this was a controlled environment in which we have a highly-established lawyer as the perpetrator.  To compound injury, he and his lawyer both refused to show any contrition or remorse. His lawyer Terry Johnson sits on a panel of the Office of Lawyer Regulation as I now await the final determination as to what should happen to Attorney Rattan. Johnson chided me recently with a comment "You haven't changed one bit."
This from a man who has a history of representing abusive white men of privilege, including a frat that has been banned from College campuses and has actually killed someone.
Well the point folks is that we as journalists don't have to change, especially when we are operating within clearly-prescribed limits of the law. I had never defied any order of this tribunal yet when I questioned why the hearing officer failed to admonish the establishment lawyer he threw me out. Apparently I am not allowed to tell him I will be raising his conduct with the Wisconsin Supreme Court.
As you will see however, this Hearing Examiner was all over me months ago in the same proceeding, issuing warnings that were completely uncalled for.  I'll be suing him soon.
That's a Chilling Thought.

Addendum:  Take a look at the hubris of Terry Johnson and one of the only black attorneys at his new firm, von Briesen attorney William F. Sulton. Terry is upset because he knows he lost to me, it's just a matter of time -- perhaps next month -- when his abusive client gets the final Decision from the OLR as indicated by the Report and Recommendations thumbnail posted above, right.  So that in part explains his thorny nature, even though a bit of contrition from his client or him could have gone a long way they are stubborn and refuse to acknowledge any wrongdoing. They even implied that I doctored the video, LOL guys the OLR found absolutely NO EVIDENCE of that.

Now it comes to Attorney Sulton, who also told me to stop writing the Wisconsin African-American Lawyers group. Terry calls my activity in protecting my personal space and the First Amendment "nuttiness."

But not to be outdone, and promptly echoing the edict of the Massuh' Sulton turns around and says "I'm even worse. Ask around."  I told him "I don't need to ask. I know an Uncle Tom when I see one."  Fools like him are a dime-a-dozen at the slave auctions. I hope he got some knee pads with his signing bonus, right. 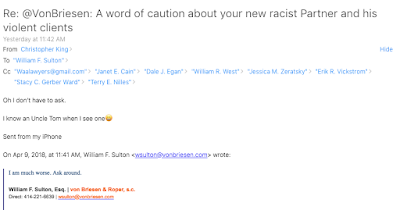 Posted by Christopher King at 4:52 AM No comments: 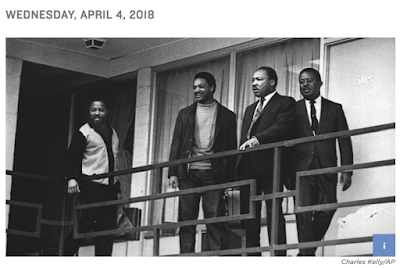 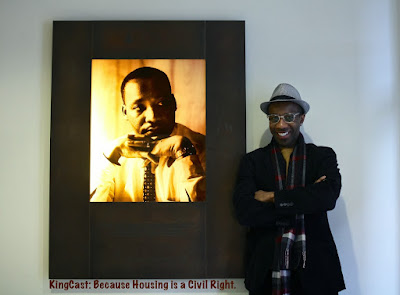 Also, I hate it when people fake the funk and have Dr. King and Malcolm X on their walls when they really are corporate shills who use their black robes to screw people and try to keep me from running Courtroom video. King County's own Monica Benton. At least she had to let me in (video) cos I would have sued her happy ass if she hadn't. #JudgeMonicaBenton.

KingCast: More often than not, I am helping someone, somewhere.

50 years later and not much has changed.. and I'm still waiting on the punishment for Mark W. Rattan
1 minute ago at 5:22 PM
To 29 recipients

Yah Terry, Just stopping in on the 50th Anniversary of my namesake's Assassination to help contextualize things for you:

1968: Black men and women, lawfully assembled, had to worry about being physically assaulted by white men of privilege.

You see Terry this is the part of our Interactive Learning Experience where you use your context clues to fill in the blank. This way I can help you learn more about issues that divide our Country. KingCast: I'm here to help.
Posted by Christopher King at 5:14 PM 1 comment: