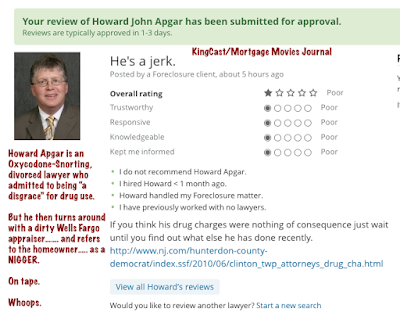 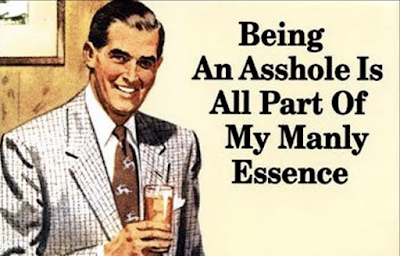 My new informant worked for Howard Apgard in 2012-2013, around the time period he called my video client “a nigger.”

“I’ve heard him call people the N-Word all of my life…. Mr. King I watched your video and verified the voice – I could tell his voice from a mile away. He’s known me since I was BORN.

He got her fired for stealing and cashing checks without reason but it was all bullshit:

She was buying heroin and pain pills with pre-signed checks that he wrote, then he got pissed because she switched his pain pills for melatonin.

He was sniffing oxycontin.

He was injecting heroin.

She saw him passed out on the floor of his house with a bottle of wine spilled all over his carpet. She came home to find him asleep in snow “with his private parts hanging out in my backyard.”

Her dad and Howard grew up together. Dad died of overdose.

“Don’t have a public funeral”  says Howard. He didn’t show up to his best friend’s funeral because it was an overdose situation.

And she was still buying heroin for him after he got me fired “I technically stole from him but is was to give him inert drugs…. Now I’m six years sober and clean so living life well is my best revenge. If your client ever needs a witness I’ll be there with bells on.”

Here are the prior videos involving this fucktard. I accidentally erased the text of this post but basically he was working for Wells Fargo as a foreclosure lawyer on a predatory loan case and he referred to my video client Shirley Golphin as "a nigger."

Then he denied it.

And it is a FACT that this fucktard somehow got a lenient sentence from the Bar Association even though he was also actually practicing law in a state in which he was not licensed, to boot.

Posted by Christopher King at 2:02 PM No comments: