Anglican Priest Raised a very unappreciative daughter, Johanna Wheeler
Folks in Bangor are reading along. I'm sure they will find the lawsuit fascinating.
People who think they are smarter than me usually get schooled but good.
She is no exception. Wait for it.
Pops is @315 Silver and their new place is right across the street.
They will be found and served. 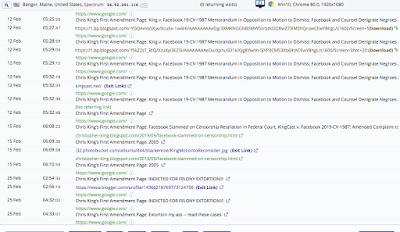 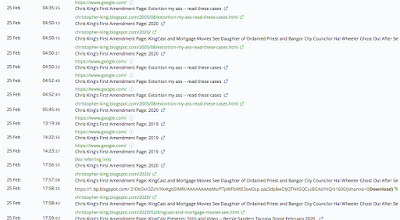 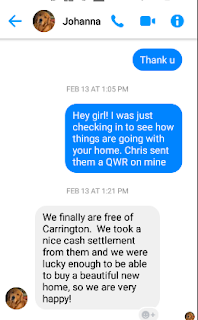 Note: I help people save their homes or get loan modifications or other settlements from time to time. Most people, such is this single mother, appreciate it.

Here's a post the affirms the downfall of Western Civilization folks:

I helped Johanna Wheeler after she reached out to me about her mortgage: I got her a TRO in Federal Court -- more than the State process ever did, and she freely told that to many other people at the FB page "Carrington Mortgage Services Sucks!!!  She has already stated as much to others as seen in the thumbnails I was her "secret weapon" in Northern California Case No. 19-CV-09077 YGR.

She didn't even know how to use the ECF filing system so I showed her and did it for her and got a TRO even though she already had lost her foreclosure case in Maine and had a damn Writ of Possession entered against her.

In the battle we demonstrated that Carrington forged her signature on her Note, Dual-Tracked her and self-dealt her home at 36 Ruth Avenue, Hampden ME 04444 while she and a HUD Counselor were busy with repeated HAMP loan modification documents and more. They foreclosed and there is no Note nor Allonge in the Court file in person or online.

She even had Dear Old Dad Hal Wheeler write a letter to the Court about her handwriting and made a point to tell me that "He's also an Ordained Minister." He called me when the going got tough. I have phone records.

Well he obviously didn't raise her right because right when come time to settle she stopped talking to me and ghosted my black ass while bragging about it with someone else on the page who happens to be a friend of mine. Never one word of thanks to me though, right? Right. But anyway that's why I have the thumbnail above, get it? Yah. That's OK she will hear from me again and she's not gonna like it too much you can count on that. 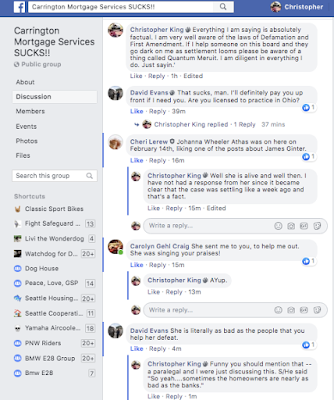 By this time the WYPIPO had blocked me.

Meanwhile people were supporting me on the FB page as you can see above and there was no Defamation whatsoever but the fucking WYPIPO took down the post and blocked me from even seeing the page. That's OK guys. Do what you have to do. And I'll do what I have to do and teach this ghost and her Papa a lesson real good.

PS: The CEO Bruce Rose called her "an idiot" in an email she was not supposed to see. I was offended for her. Ha. I've got a few choice words that I'll not repeat in public and next to such words "idiot" would be complimentary.
Posted by Christopher King at 10:58 PM