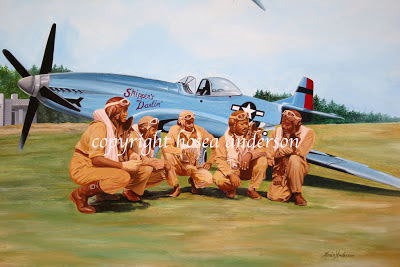 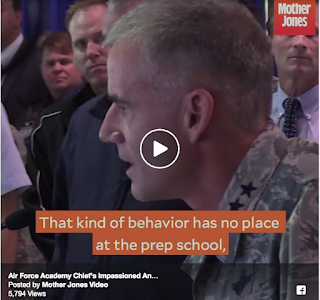 "The power of our diversity makes us that more powerful.... If you cant treat someone with dignity... if you demean someone in any way... then you need to get out." #Goosebumps. If more people in our Armed Forces would be so courageous we would not have the problems of racism or sexism that are still far too-often prevalent. Original story at Mother Jones.

My buddy Hosea Anderson rendered this painting of the Tuskegee Airmen. If you click the link you will see that he fought predatory lending so hard he established new foreclosure law in the United States. That is how our paths crossed for the first time, and certainly not the last.
Posted by Christopher King at 11:58 AM No comments:

Below is the draft post that I sent to both parties for review. Below are Attorney Jones' comments in response to my initial inquiry. He declined to provide the salient portion of the divorce decree that addresses what articles he believed he could lawfully retrieve from his former home when he was charged with a theft offense and took an Alford Plea. The matter was eventually expunged. I will publish that later today, 18 September 2017.

1. These are matters of public record.
2. My original plea is a matter of public record.
3. I believe the Court found the picture more compelling than the height and weight description. The court acted ex parte – I wasn’t at the hearing in which Ms. Pooley attempted to have the default judgment set aside. So, I just don’t know.
4. There was a mediation.
5. Ms. Pooley was well in arrears when I commenced work on the appeal. Please see my billing statements, previously provided.
6. My fees did increase from $280 to $320, but Ms. Pooley’s fees were increased as provided in the Retainer Agreement.
7. No, I didn’t urinate in a can in front of anyone, although I have had prostate issues in the recent past that have been corrected with surgery.

Dear Attorney Jones: There is no prohibition against publishing an expunged criminal record in Washington State. Did you or your office or any representative of you or your office cause any of my documents to be removed from SCRIBD? That is a yes or no question.

In the event I do not hear from you by 4pm today I will assume that you or your agents were responsible for the removal and I shall take action accordingly. 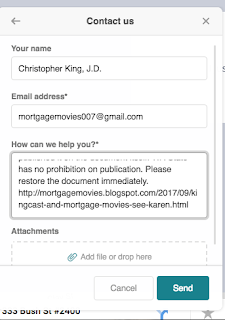 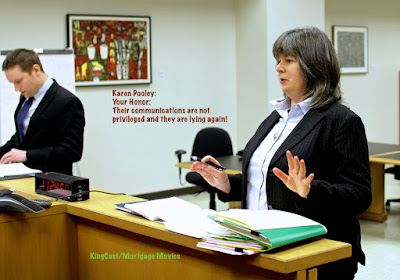 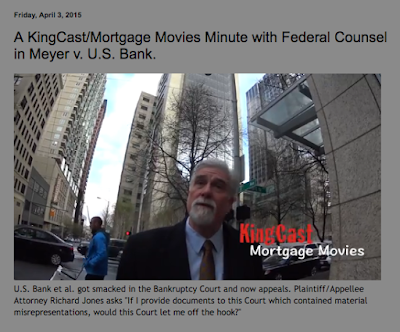 This is a difficult piece for me to write. As you can see by the thumbnails below I have published many stories and videos relative to the case of Quality Loan Servicing Inc. (QLSC) v. Karen Pooley. Richard L. Jones was her attorney for some of this case, until there was a substantial disagreement on billing and representation that led to Jones suing Pooley and obtaining a Default Judgment against her as she denied ever receiving service. 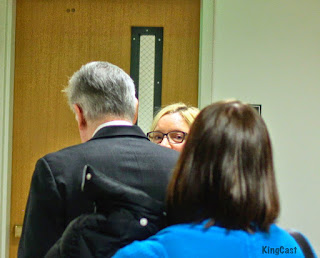 Ms. Pooley and her friend both issued sworn Affidavits that a process server "served" her friend on a dark night in February, 2016 as she was walking Ms. Pooley's dog.

Meanwhile Pooley, a knowledgeable and well-educated pro se litigant, lost her primary case and wrote most of her own Appellate Brief with Jones overlooking, and a Motion for Reconsideration after the Court of Appeals Division One ruled against her on or about 15 August, 2017.  The Court ORDERED a substantive response from from QLSC, McCarthy Holthus et al. on or about 15 September 2017. They Court ordered a response within 15 days.

She contends that the $20,000.00 Judgment that Jones obtained is the product of Unjust Enrichment. She may file ethics charges as well. Jones has been subject to ethical considerations in the past, leading to his removal as pro tem Judge in 2007 according to the Seattle Times.

For the purposes of this discussion attached a copy of what I drafted as the copy for this story, along with the responses from Ms. Pooley, who as also agreed to go on video.  Attorney Jones declined to respond directly to my last letter and stated that he did not receive Ms. Pooley's responses.  In turn, I responded to him noting that she had sent her responses to both of us at 3:40pm on 15 September 2017.

Here are the last two relevant emails between all three of us, below the Draft post I circulated to them on or about 14 September, 2017 as seen immediately below:

Richard asked me about the CoA status a few days ago. Since that status changed Ms. Pooley has expressed to me that it bolsters her entire position and she feels that Richard is not entitled to the Judgment obtained in the Default Judgment.

At this point I am feeling more like a mediator than a journalist so I can't do anything more with this story besides a voiceover.

I do welcome both of you to speak your mind on video at your earliest convenience.

As to my $.02 I think y'all need to reach an extrajudicial resolution.

From
To
Reply-To
Christopher,

While you have most of the story correct, there are a few details which are incorrect.  Please allow me to correct my allegations of the record:

1) Mr. Jones' failed to check the docket on TWO occasions:  a) failed to acknowledge opposition responded to my Partial SJ, causing me to miss a Reply to my Partial Summary Judgment; and b) failed to verify that all documents were indeed filed in the lower court.  The lower court apparently rejected his offices' filing of our Response to Opposition's SJ, causing me to spend almost a YEAR's worth of attorney fees correcting the lower court record.   Jones billed all this to me.  At one point, he claimed I had spent $5000 rectifying the record, but it was much more than that.  This is the major point of contention.  I spent THOUSANDS of attorney's fees correcting HIS offices mistake.  Had they checked and verified the docket, they would have noticed a TWO THOUSAND PAGE discrepancy!!!

2) Jones charged $3500 for a mediation that was non-existent.  If Jones' claims this was ADR, this is also FALSE.  ADR never occurred.  And had it, I would have written the check directly to the mediator, not Jones' office!

3) In his complaint against me for fees claimed uncollected, he admits THERE WAS NO RETAINER AGREEMENT.  For him now to claim the retainer alludes to a fee raise, this is just a flat out LIE.  In addition, if you look at the documents he submitted to court, the fees after the FIRST HOUR were billed at $325.  Does anyone believe I would agree to the first hour billed at the agreed upon fee and then tell him, "yeah, go ahead and give yourself a raise."  Uh no.  In fact, I have submitted to the court emails showing that I never received any Jones' statements on a regular basis.

4) Opening brief was written largely by myself, and modified by Jones.  I was the one who found that opposing counsel submitted all the documents attached to her declaration FROM THE INTERNET.  I asked Jones if we could bring up hearsay for the first time on appeal.  He said "Absolutely."  Yet, I investigated that.  Hearsay on appeal is only observed by the panel AT THEIR DISCRETION if brought up for the first time on appeal.  What attorney cannot identify HEARSAY, for God's sakes!?!

5)  The demand for the $8000 came when I was writing the Appellate Reply brief.  I was shocked as his demand letter said he acknowledged my regularly providing $2000 per month on a regular basis and this practice was accepted.  Yet, his $8000 demand right before Appellate Reply was a dereliction of his fiduciary duties.  Violation of his RPCs and felt very much like extortion. 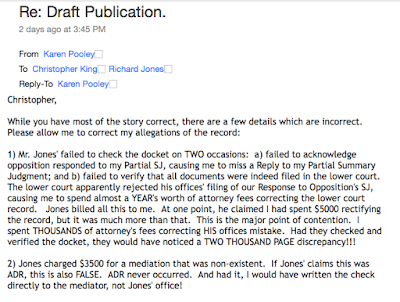 Read more »
Posted by Christopher King at 11:46 PM No comments: