The Second Amended Complaint is down at bottom. First check out my Reply Brief as to Defendant Stephanie L. Dykeman evading service. Yah the Process Server got to her house, car in driveway, lights on, purse on table and then deadly silence after he knocks on the door. This from a distinguished very white member of the bar, nice. But that's a Wells Fargo Attorney for ya. When they're not shoving your camera around (Mark Rattan) or calling someone a nigger (Drug-snorting Howard Apgar, Esq phone interview) they are evading Service of Process.

Stephanie L. Dyke by the way definitely lied about how she could ascertain that Defendant Rattan's hand never touched mine from across the room when we are both claiming dibs on a camera that is 3" long. Yep.  It's all disgusting but true. 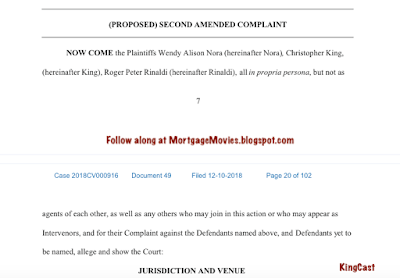 The original journal entry from 23 March, 2017.
Since that time the OLR has punished Attorney Nora and called her a threat to Law
Whilst giving Attorney Mark Rattan a slap on the wrist and "diversion plan"
for attacking a professional videographer who was following all of the rules of Court.

Take time and watch these videos of Wells Fargo Attorney Mark Rattan attacking me when I was minding my business lawfully recording a Court Hearing. The Hearing was in my opinion part of a dog'n'pony show for yet anther run at attorneys who defend homeowners against wrongful foreclosure; it is happening all over America.  As a former residential closing attorney  I founded Mortgage Movies Journal with hundreds of Court and court-related videos over the past eight years to document the issues.

This is a lawsuit that alleges criminal racketeering on the part of the entire legal establishment in Wisconsin, MN. The allegations are that these entities are basically driven by the whimsy of the bankster attorneys because the Bar Association/Office of Lawyer Regulation never investigate fraudulent conduct on the part of the bank attorneys and selectively target homeowner attorneys and independent journalists who get in their way because we threaten to expose mass corruption.

By the way, you might think that the Wisconsin Association of African-American Lawyers would be interested in this one, right?  I've won Civil Rights trials when I practiced and I got this white guy attacking me to cover up abuse of a Civil Rights-minded white female attorney in Wendy Alison Nora, right?

Negative. He told me to get the hell outta town and that he was "worse" than Mark Rattan's lawyer Terry Johnson, his former boss at Von Briesen. Don't believe me? Read the emails but remember this: His new boss Dana Sachs I support waaaay over Scott Walker, because Scott Walker and that Judge Juan B. Colas support fraudulent banisters 24/7. Maybe Dana can use my video right?

Now we see the back story as to why I got booted out of that hearing: Because I cover corruption like no one else in the Country, with cameras in courtrooms 24/7 that's why. 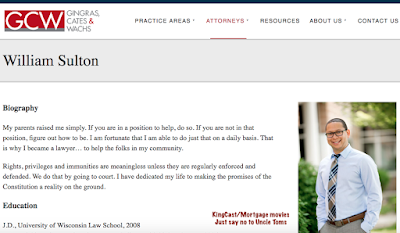 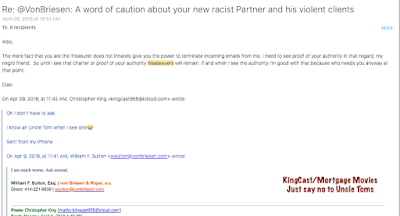 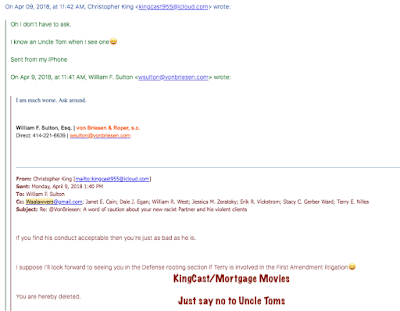 Second Amended Complaint in... by on Scribd
Posted by Christopher King at 4:12 PM